BUSTED is $2.99 Across All E-Book Platforms!


If you're looking for a fun, suspenseful teen spy romance, BUSTED is on sale for $2.99 across all e-book platforms until September 3, 2019! 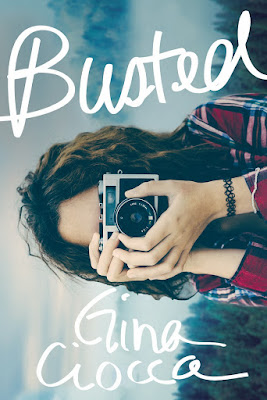 Catching cheaters and liars is a lucrative hobby—until you fall for one of the suspects. Perfect for fans of Veronica Mars, this new novel from the author of Last Year's Mistake will steal your heart!
Marisa never planned to be a snoop for hire. It wasn't like she wanted to catch her best friend's boyfriend making out with another girl. But as her reputation for sniffing out cheaters spreads all over school, Marisa finds herself the reluctant queen of busting two-timing boys.
And her next case? It's for ex-frenemy Kendall. She's convinced her boyfriend, TJ, has feelings for someone else and persuades Marissa to start spying on him. But the more Marisa gets to know sincere and artistic TJ, the more she starts to fall for him. Worse yet, the feelings seem to be mutual. Marisa knows she needs to give up her investigation—and the spoken-for guy who may just be the love of her life. Then she uncovers new secrets about Kendall and TJ, secrets that take "cheater" to a whole new level...
Posted by Gina Ciocca at 9:15 PM