Share Your #YALuckyCharm For a St. Patty's Day #BookGiveaway!


Happy Saint Patrick's Day, everybody! I have an AWESOME giveaway to tell you about, with books and ARCs and swag from amazing authors, oh my! 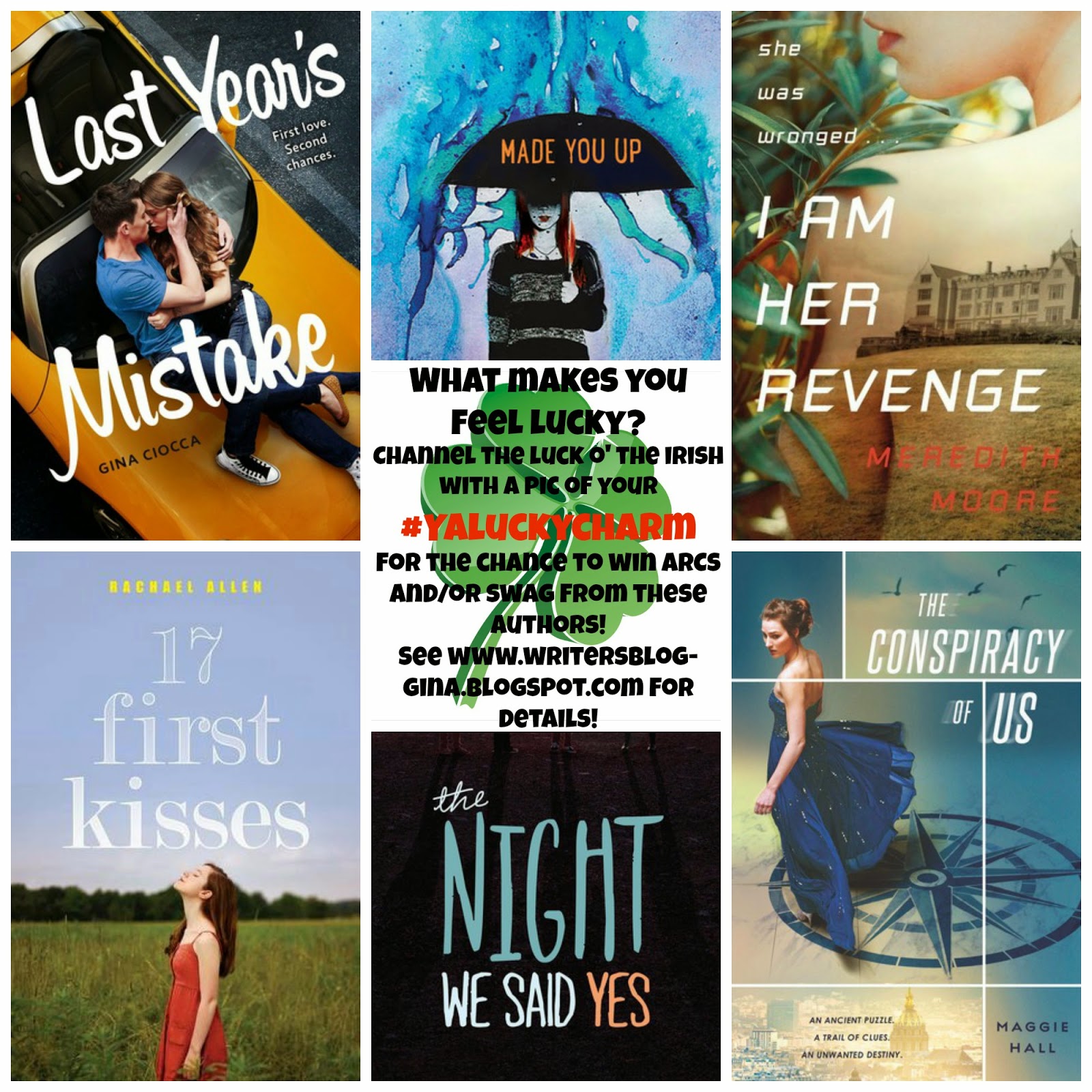 Before I give you the deets, I want to share some background on why this particular day is kind of special to my novel, LAST YEAR'S MISTAKE:

When I started blogging, one of the first blog hops I entered was the Luck O' the Irish Blogfest, where participants shared a scene or a piece of flash fiction related to Saint Patrick's Day. The scene I chose to post was a little snippet from a YA contemporary romance that was still little more than an idea at that point. The main characters, David and Kelsey, were arguing at Saint Patrick's Day party, and things got a bit heated. 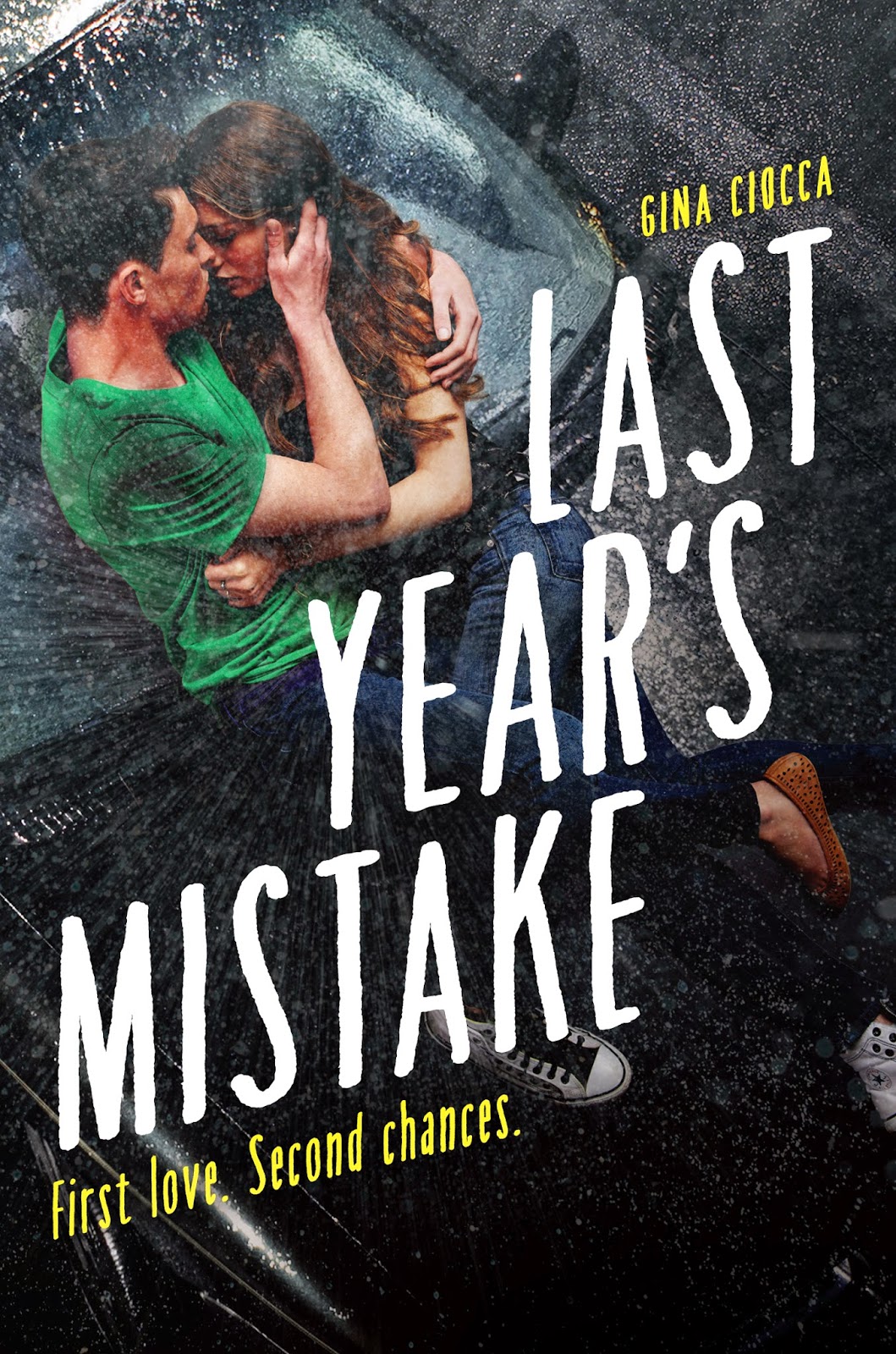 Surprise! Little-known fact: LYM's cover is based on a scene that takes place on Saint Patrick's Day!

And yes, that's the OLD cover, but it's the one that's closest to the way the scene originally appeared in my head, and is therefore still very special to me. Not that it makes the new one any less swoon-worthy: 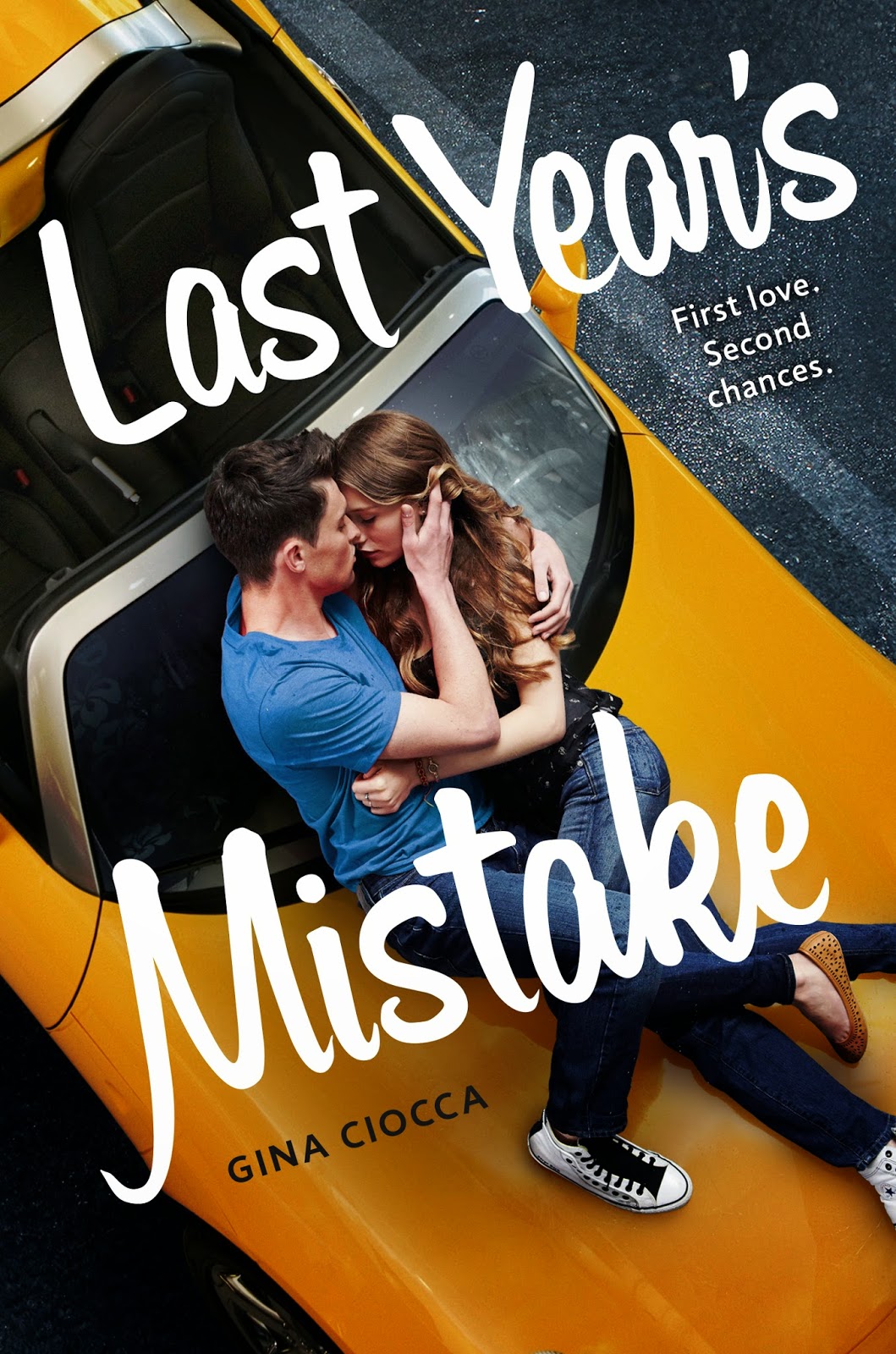 So, in a few short months, when the "idea" I drew on for the bloghop becomes a published novel, that scene - while a little different from the Luck O' the Irish version - will still be there.

What's that? You'd like to read it, you say?

Well, then. I think I can oblige.

"Kelsey." David took another step closer to me, leaving barely any space between us. "You never even thought about going to the dance with me, did you?"

"No, not that dance. The Swirl. It never even crossed your mind to go with me, did it?"

I swallowed, knowing I needed to get the hell out of there. But his fingers were twined loosely around mine and I stood frozen to the spot, his face just inches from mine. "You went with Isabel."

He leaned in, close enough that our noses nearly touched. "I wanted to go with you."

And that's when he tried to kiss me.

"Don't," I growled, my voice razor sharp. The corners of his mouth turned down and he pulled back a fraction of an inch. Then, before I could stop him, he leaned in and softly kissed the shamrock on my cheek instead.

My knees buckled. How dare he? How dare he breeze back into my life in his stupid green T-shirt that clung to his ridiculously sexy chest and try to act like the last year had never happened? How dare he come to this party, the party he'd only been invited to because he was dating my friend, and touch me so that I couldn't remember why I wasn't supposed to want him to?

"Am I interrupting something?"

So. Now that I've explained why LAST YEAR'S MISTAKE and St. Patrick's Day go way back, I'm hoping to make this *YOUR* lucky day!

On Monday, March 23rd, one winner will be chosen to receive the following prizes: 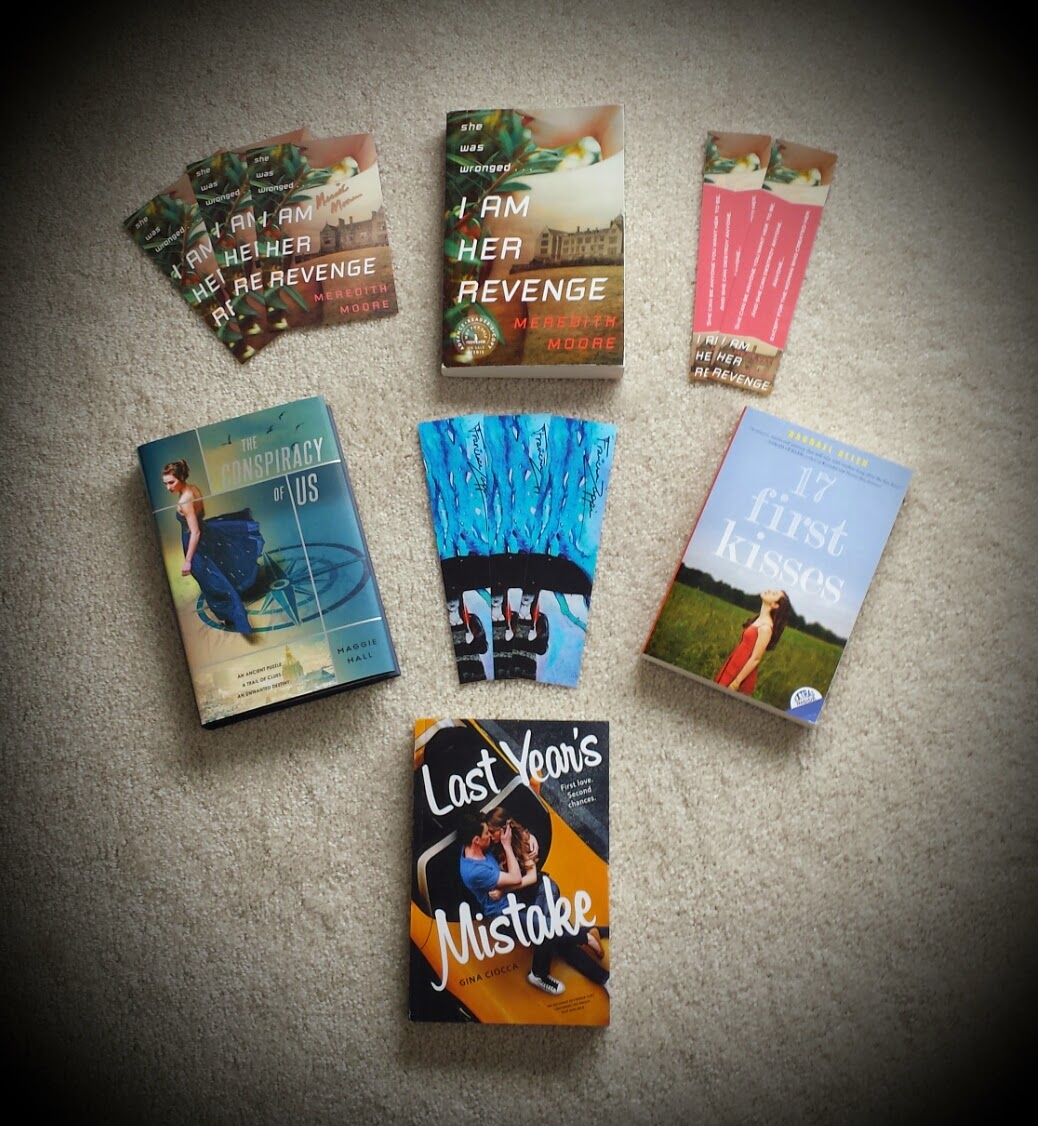 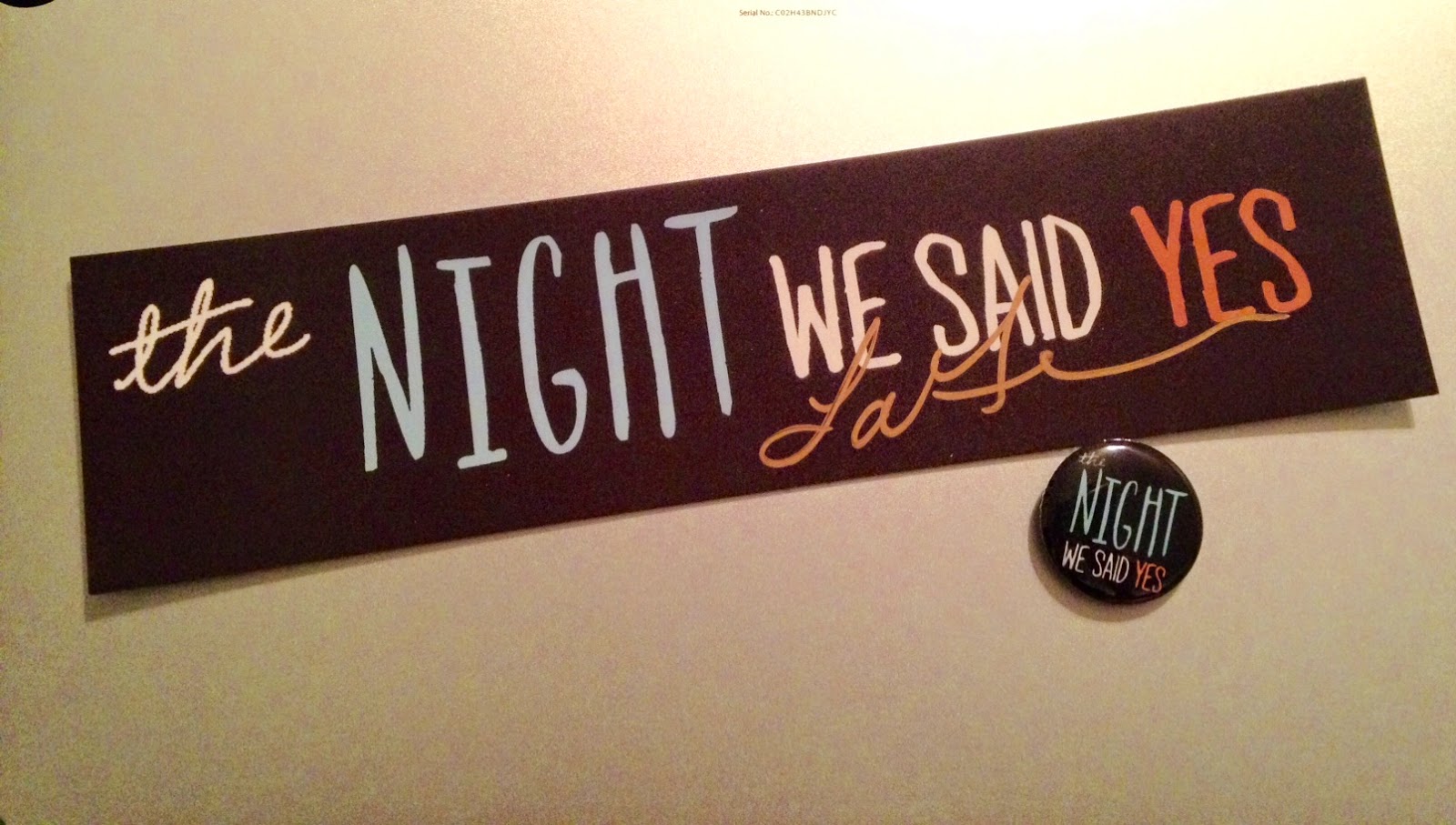 - A signed ARC of LAST YEAR'S MISTAKE
- A signed ARC of I AM HER REVENGE by Meredith Moore, along with a signed postcard and bookmark
- A copy of THE CONSPIRACY OF US by Maggie Hall
- A copy of 17 FIRST KISSES by Rachael Allen
- A signed MADE YOU UP bookmark by Francesca Zappia
- A THE NIGHT WE SAID YES button and signed bookmark from Lauren Gibaldi

**** You can also find me, Maggie, Francesca, and Meredith on Instagram, but whether you enter there or on Twitter, PLEASE use the hashtag so we can see your entry!****


Can't wait to see the things that make you feel lucky! Happy Saint Patrick's Day!
Posted by Gina Ciocca at 8:00 AM 3 comments: