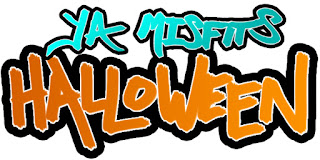 Today the lovely Valerie Cole is interviewing me on her blog as part of the YA Misfits Halloween Blog Hop.

We're talking about everything from getting an agent to respecting the fluff to the best Halloween candy. Come over and say hello, and don't forget to check out the other Misfits interviews too!
Posted by Gina Ciocca at 9:00 AM No comments:

Good Morning and Happy Friday all!

Today I'm over at the YA Misfits blog talking about being a Plotser - a Plotter/Pantser hybrid.

Hop on over and tell us about your writing style! 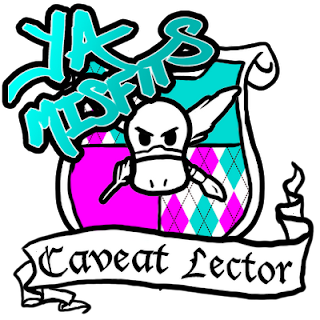 For the Love of Metaphor


I love finding metaphors in stories - it amazes me when something common or unassuming represents a much deeper meaning for a character as his or her story unfolds.

One of the recurring metaphors in my recently-completed ms, SHADOW PARK, is the sunset. And with a title like that, I should probably be embarrassed to admit that it was unintentional until the very end of the novel.

Those of you who follow me on Twitter know it makes sense that I'd find a way to make this everyday occurrence into something significant to my beloved main character, whether I meant to do it or not. Why, you ask?

Because I'm a little obsessed. And I have the pictures to prove it (All of these were taken with my cell phone): 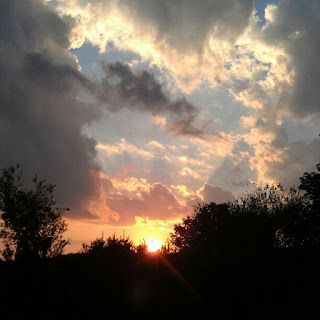 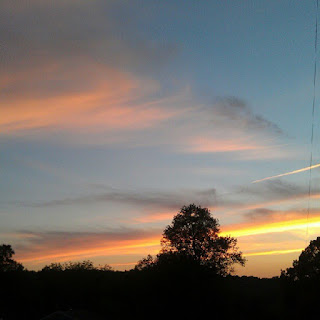 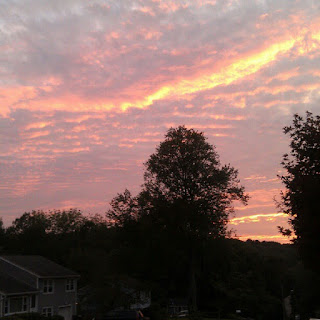 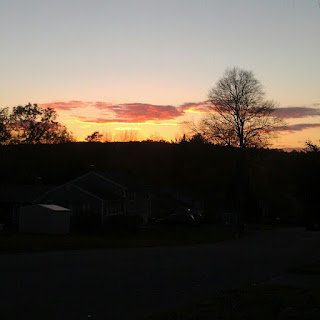 Every night I stand by my front door and watch the sun sink into the horizon. It never fails to enthrall me. Stunning pinks and golds, clouds that appear lit from within, colors changing and shifting and igniting until the light finally dies. And I get to witness a new version of it, every. Single. Night.

The same and different, all at once. Endings and beginnings. Time moving forward.

Your turn, peeps - tell me all about your favorite metaphors you've incorporated into your stories. Was it intentional, or happy coincidence?
Posted by Gina Ciocca at 5:30 AM 6 comments:

Get Your #PitchOn Workshop 2 - DREAMHOPPERS

Here's pitch #2 for our Get Your Pitch On workshops!

Remember to leave your (kind, helpful) critique in the comments and check out the other hosting blogs here!

Pitch: Can a dream open a door to a different reality? Alex finds himself sharing the same dream night after night with a group of young teens he's never met before. While struggling to make sense of the eerie phenomenon, he and his nocturnal companions undertake a harrowing adventure of mystery and danger to save a boy’s life. Before the surprising conclusion, they bond and become forever DreamHoppers.

I think this pitch has a lot of potential. I love the idea of dreams opening up doors to different realities, but I'd have to strongly advise you to:

- Get rid of the rhetorical question. As someone who's done her share of querying, I know it's a huge pet peeve to many a publishing professional. The pitch should be formulated so that the reader is left asking *themselves* the big questions - namely the ones that will make them want to keep reading. Posing a question they can't answer doesn't help them to know more about why they want to read your story, so you don't lose anything by chopping it.

- The second sentence is great. I love that he finds himself in a recurring dream with people he knows, but at the same time, doesn't know. It's actually a great way to open the pitch.
My only question is how he knows they're real people having the same dream, as opposed to people he just happens to dream of every night.

- The last two sentences need to paint a clearer picture of the conflict. Saying the boys take on a harrowing/mysterious/dangerous adventure is telling, when we need you to show us.
For example, why is it dangerous? Why does this particular boy's life need saving? How is he related to their mysterious dream phenomenon? What is it that throws a wrench into everything? A few words about the meat of the conflict will create much more interest than non-specific adjectives and nouns.

- Same thing for the last sentence. We're not really aware what a DreamHopper is or does, or even how or why they'd be one "forever." But using the word forever allows the reader to assume that becoming a DreamHopper *is* the conclusion of the story, which negates the promised "surprise" aspect of the next sentence. Again - show us what's surprising, rather than telling us.

Other than that, fabulous concept that definitely has the potential to wow. Best of luck!

DreamHoppers.
Posted by Gina Ciocca at 6:00 AM 5 comments:

Email ThisBlogThis!Share to TwitterShare to FacebookShare to Pinterest
Labels: Pitch On

Get Your #PitchOn Workshop - SATELLITE HEARTS

Get Your Pitch On workshops have officially started!

Once again, you can find the list of participating blogs here. Please hop around the other entrants' pitches, and remember to be kind and helpful with your critique! (And also, there are incentives!)

Title: SATELLITE HEARTS
Genre: YA Sci-fi
Word-count: 95,000
Pitch: At sixteen years old, Zahra’s only purpose in life is to kill and then die. Zahra is a synthetic human (Prog) genetically designed by her father and encrypted with instructions to assassinate his recent project, Sycorax, a deadly Prog. Declared property of her father’s genetic alteration company, Zarha is exiled from her country to Antarcion, a prestige Facility that offers intense training for Progs. There she meets her target victim.

I really love those first two sentences - cyborg assassin? Yes, please! I'd suggest streamlining them a little, removing some extra words for the sake of flow, and also to eliminate confusion. Like so:

Sixteen-year-old Zahra's only purpose in life is to kill.

- I removed "and die" from the sentence, because I think it creates a lot of questions - for example, does she die immediately after her kill is made, like some kind of black widow mating ritual? Why does she have to die just because she kills? Does she become someone else's target? Etc. I think it's strong enough without the mention of dying.

Zahra is a Prog, a synthetic human designed by her father and encrypted with instructions to assassinate his recent (*) project-gone-wrong, Sycorax.

- Here, I took out "deadly Prog," because it seems to me that deadly kind of comes with the Prog territory. And I'd love a word or two added about *WHY* Zahra has to kill Sycorax. Is it because he's actually her father's (*) project-gone-wrong (I made this up and stuck in the pitch as an example)?" Something to indicate what's at stake, rather than making the killing sound random or for sport.

The last two sentences are where things get tricky - or at least they're supposed to. Here's how they're written now:

Declared property of her father’s genetic alteration company, Zarha is exiled from her country to Antarcion, a prestige Facility that offers intense training for Progs. There she meets her target victim.

- What we need is a sense of conflict - Zahra being sent off for training doesn't seem important except for the fact that it's where she meets her target - and then what? What is the aspect of this story that turns everything on it's head?
- Does Zahra fall in love with Sycorax? Does she find out there's another reason she has to kill him, one that she never suspected? Is Sycorax simultaneously hunting her?

These last sentences should really make the reader *NEED* to find out what happens to this character. The problem is, we can assume we already know - Zahra is assigned a target, kills him/her, and dies, because that's what you've told us she was born to do, and there's nothing to indicate otherwise.

End on something really juicy, and people will be chasing this pitch with a fork and knife. At least I know I would!