It's been a while since I've been able to get around to posting, but never fear - I'm back, and I have another installment of the Kickass Queries Series for you!

Today we're talking with Caitlin Sinead about the query that scored rep from Andrea Somberg at Harvey Klinger, Inc. - and who recently sold the novel, LOVE, AND OTHER EPIDEMICS, to Carina Press for publication in 2015! Congrats, Caitlin! 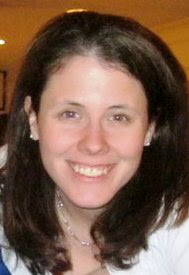 
Even as a senior in college, Quinn is not so good at understanding the difference between bacteria and viruses or explaining to smitten men that she’d really just prefer a dash of random hookups.

Quinn is good at other things. Like drinking wine in the Virginia college town’s civil war graveyard and crafting plucky modern dance routines. But these skills aren’t exactly useful when she wakes up one morning with purple eyes.

They don’t hurt. In fact, the condition seems to spur speedy healing. After a religious group attacks her—the eyes are evil, obviously—her bloody coughs and broken arms become mere memories within hours. However, as more students’ eyes shift to purple, the violence increases. It becomes painfully clear that the healing disease can’t save you from a five-story fall. Or decapitation.

Thing is, the religious group isn't responsible for the rash of killings. A small town plus an unknown serial killer is bad, but it gets worse when a quarantine is added to the equation. Once there is no escape, Quinn realizes she can’t rely on “smarter people” to save her and her friends.

Fortunately, she has a theory. She just needs proof, which demands that she study scientific terminology and hone her deductive reasoning skills. And she will also have to try to work with the local cops. Even if the young lead detective just so happens to be one of those aforementioned smitten men.

G: How many manuscripts did you query prior to signing with your agent?

C: This was my second manuscript

G: How long did it take to write your query, and what things/steps do you think were most important to make it agent-ready?

C: Warning: this is going to be a frustrating answer….

For my first manuscript, I took weeks upon weeks and hours upon hours crafting the query.

For this one, I was in a Writeoncon forum getting feedback on the first pages. I had a strong draft of the book, but it wasn’t even ready for CPs, so I hadn’t started with query writing. However, another writer wanted to know more about the book. So I whipped together a query in about an hour and posted it for her.  I got a few bits of minor feedback and tweaked it slightly….and then a ninja agent came by and asked to see the MS when it was ready!

After doing a happy dance, I did, in fact, slam my forehead into the keyboard. (Okay, not literally.) I spent about an hour on a query and got a request.

Even though it was successful practically right off the bat, I did make a few additional improvements, but it was nothing like my first query, which I constantly overhauled. In fact, I probably spent more than thirty hours writing and rewriting. In the end, it got me seven requests. This one, which all-in-all I probably spent less than five hours on, got me sixteen requests.

I think I needed to spend thirty hours on the first one though to get the knack for query writing. And, when it comes down to it, I guess my second book could have just been a stronger, more enticing story.

G: Tell us about your query style – do you approach your entire list of prospectives at once, or query in small batches and revise in between?

C: I was sort of addicted to querying. J

I told myself to just query a few at first to make sure it worked. But every day I got excited and sent out a few more anyway. When I got a rejection, I wanted to jump right back in and send it to someone else! And when I got a request, I gained more confidence in the project and query and wanted to send it to more agents! And when I clicked the refresh on my email and it was empty, I wanted to be productive instead of impatient, so I sent out more queries!

So, basically, I probably spent a couple of weeks just sending out a few each day. (Though that wasn’t so much the “plan” as it was just me not being able to help myself.)

G: Now the fun part – what was “the call” like? How did you know your agent was the right person to represent your project?

C: It was surreal. Honestly, if she hadn’t kept mentioning the characters in my book and specific plot points, I would have been fairly certain there had to have been some kind of mix up. She gushed about what a great writer I was and how much she loved the characters and even told me that she canceled going out for drinks because she was so caught up in the book. …My book!

It was definitely one of my most fun moments in the publishing process so far. J

I knew she was the right person because of her enthusiasm but also because of her vision for the project. She wanted me to make a lot of changes. Instead of that scaring me, I felt that she was contributing valuable input to help the book be even stronger, and I saw it as evidence that she must really like it if she was willing to put so much additional effort into it.

G: If you could give one piece of advice to authors seeking publication, what would it be?

I know this is going to sound a little crazy, but I actually sort of miss querying. There was such camaraderie among writers. We were all in the trenches together, supporting each other through rejections and cheering each other on when we got requests. And it was neat to get that fun feeling every time my email dinged knowing it might be a request or an agent offering personal feedback or…an offer!

Obviously, I’m thrilled to have an agent and now a publishing deal and I’m loving the new steps involved. (And will definitely continue to need support from the writing community through the ups and downs.) But querying was a cool experience too.  So, have fun with it as much as you can; enjoy the process and not just the end results.

Thanks for you honest and enthusiastic answers, Caitlin! Wishing you the best of luck with EPIDEMICS and all your future endeavors!

Caitlin Sinead earned a master’s degree in writing from Johns Hopkins University. Her story “A New Life at 30” was shortlisted in the 2012 Writers & Artists Short Story Competition. Her writing has appeared (or is forthcoming) in multiple publications including The Alarmist, The Binnacle, The Idiom, Jersey Devil Press, Northern Virginia Magazine, and On Tap. You can find her on Twitter, @CaitlinSineadJ, or on her website, http://www.caitlinsinead.com/