It's time for another Kickass Query, aka one that nabbed a lucky author his or her agent! Today's is a MG Fantasy brought to you by the lovely Tatum Flynn! 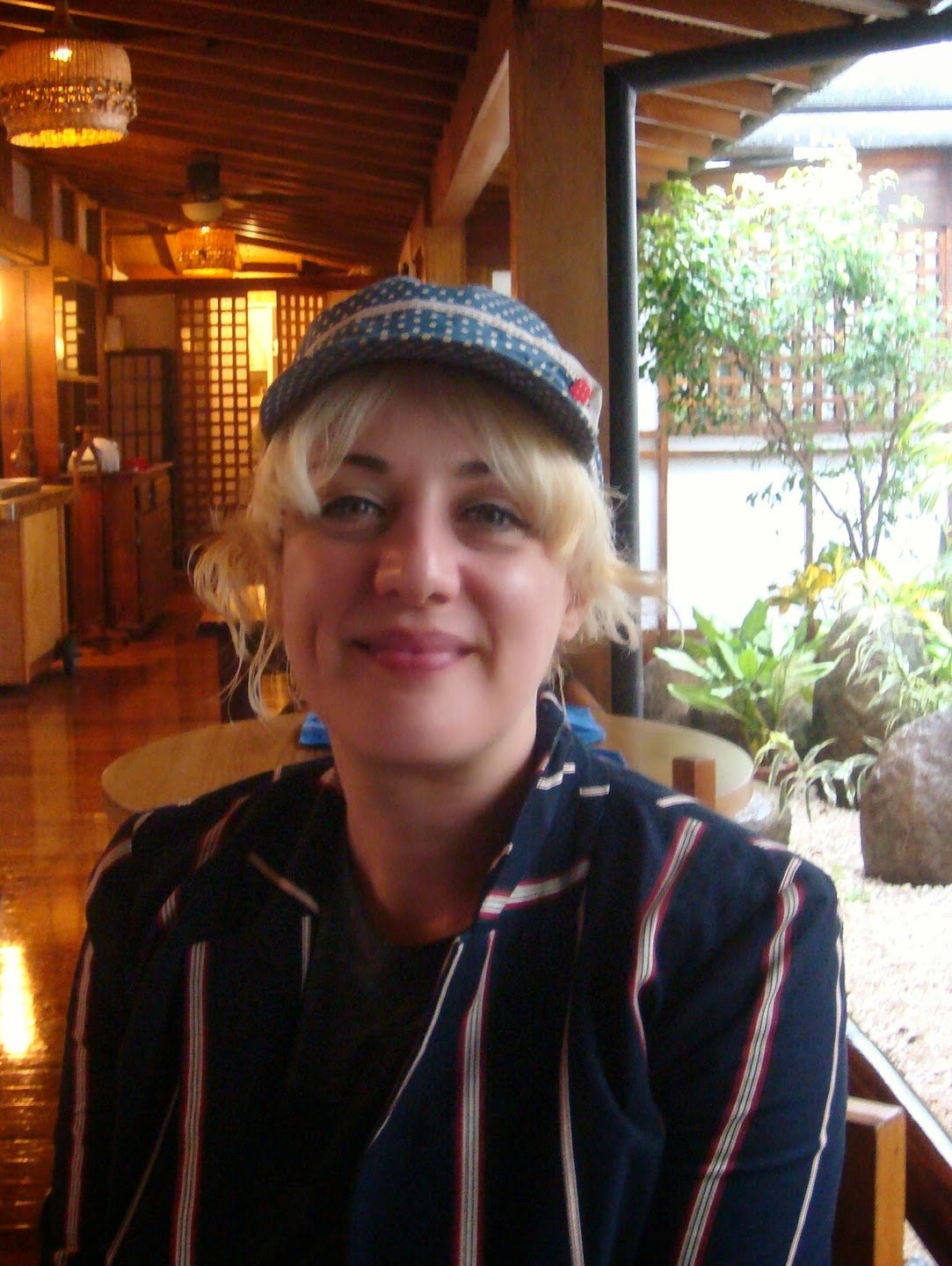 
Lucifer’s youngest son, Jinx, is a failure as a demon. All he wants is to make his dad proud, but he’s just terrible at being terrible. After getting into trouble once too often (how was he supposed to know Blackbeard had a soft spot for mermaids?), Jinx runs away from Pandemonium, the walled city he’s lived in all his life. Braving the unknown perils of Outer Hell armed only with his wits, some soggy ketchup sandwiches, and a vampire bat named Bruce, he runs into eleven-year-old Tommy, who’s ended up in Hell after accidentally feeding her nasty uncle to a circus lion.
When Tommy and Jinx overhear the vicious Morax plotting to steal Lucifer’s throne, they embark on an adventure through Hell to try to prevent the coup. To succeed, they’ll need to brave carnivorous carousel horses, deranged dead people, soul-sucking mirages and two-headed vultures. But if they fail, not only will Jinx and his family be left to rot in the dungeons, but Morax and his cohorts will make Earth a far more dangerous place to be human than it has ever been before.
I believe BRIMSTONE FOR BREAKFAST would appeal to readers who enjoy the humour and scares of Derek Landy and the imaginative adventure of Rick Riordan. I am writing to you because xxxxx [personalisation if possible]. I enclose the first xxx below [first five pages or whatever]. I am a member of SCBWI. Thank you for your time and consideration.
G: How many manuscripts did you query prior to signing with your agent?
T: One, an MG historical, which I sent to around 20 agents before realising it needed some work. Unfortunately the feedback I received was contradictory so I wasn't quite sure what to do with it. So I moved onto my next book, BRIMSTONE FOR BREAKFAST, an MG fantasy, which landed me representation with Zoe King at The Blair Partnership and a two-book deal with Orchard Books.
G: How long did it take to write your query, and what things/steps do you think were most important to make it agent-ready?
T: I actually always write a query before I even start a book. It’s like I’m trying to sell the story to myself, to decide if I should spend several months writing it rather than another idea. So queries are one of the (few!) things that are easy for me. My advice for writing a query is to use Nathan Bransford's query formula: [protagonist name] is a [description of protagonist] living in [setting]. But when [complicating incident], [protagonist name] must [protagonist's quest] and [verb] [villain] in order to [protagonist's goal] and then flesh it out. And use specifics! Vagueness is the enemy in queries.
G: Tell us about your query style – did you approach your entire list of prospectives at once, or query in small batches and revise in between?
T: I sent out queries in batches of five to ten at a time, every couple of weeks. I was fairly happy with my query and opening pages, so I didn't do any revisions until I had two R&R requests. Plus I knew a children's book set in Hell wouldn't be everyone's cup of tea so I queried widely! It took me five months and 108 queries before I got my offers, but I got there in the end :)
G: Now the fun part – what was “the call” like? How did you know your agent/editor was the right person to represent your project?
T: Zoe and I never actually had The Call. I’d already spoken to two other agents on the phone (when I got my first offer I was so stunned I didn’t say a word, I think the agent on the end of the line probably thought I was either very calm or a bit rude, but I was just so happy and relieved I was speechless!), and then Zoe emailed to ask if we could meet. It was an important decision, and I wanted to be as informed as possible, so I decided to go to London and meet all three offering agents in person. They were all incredibly nice, so it was a tough choice, but in the end Zoe impressed me the most with her plans for my book and career. Plus it was very tempting as a kidlit author to be represented by JK Rowling’s agency!
Similarly, I met my editor in person before Orchard offered on BRIMSTONE (this was actually before I signed with Zoe - I kind of did things backwards :) and she was/is both incredibly lovely and enthusiastic about my book, so I really wanted to work with her.
G: If you could give one piece of advice to authors seeking publication, what would it be?
T: It's a cliche, but it's a cliche for a reason - Don't Give Up! It took me over a hundred queries to find the right agent. Although I'd add that I had interest during that time, both from agents and the publisher who ended up buying my book. So you should also know when to put an ms aside and move onto a new one. Sometimes it's the second or fifth story you write that's your break-out book. But either way, keep writing :)
Thank you so much for stopping by to share your story and your insight with us, Tatum! Best of luck in all your writing endeavors!
Tatum Flynn is the author of devilish MG fantasy Brimstone for Breakfast, out Summer 2015 from Orchard Books/ Hachette UK, and a sequel which she’s supposed to be writing right this minute. You can find her on Twitter @Tatum_Flynn and on her website at www.tatumflynn.net
Posted by Gina Ciocca at 8:00 AM